The Morning House series reflects Agape’s values of inclusivity and spirituality, while also making high-quality, contemporary literature more easily accessible to all people, regardless of disposable income, socioeconomic status, or educational background. All Morning House titles are beautiful, electronic-edition books made available as free PDF downloads (also available to read online). We consider our Morning House series one way to help push back against classism and elitism in the literary world.

The Morning House series usually releases 1-5 titles per year, via solicited submissions, although many times we have solicited authors whose work first reached us via our NOLO contest, or via publication in either Blogging the Numinous or THEThePoetry Blog. 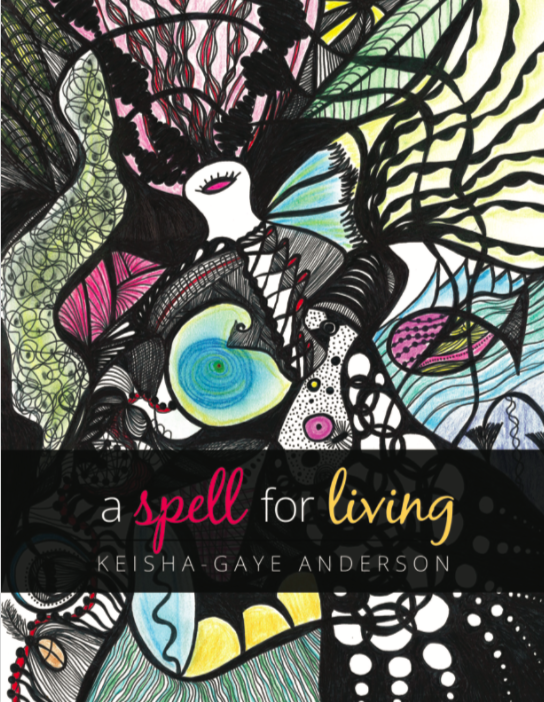 “Oracular and ordinary, sagacious and plainspoken, the poems in Keisha-Gaye Anderson’s A Spell for Living come bearing capital T Truths. Here is spiritual sustenance, worldly wisdom, and righteous reckoning. Working in tandem with her gorgeous and hypnotic drawings, Anderson’s language opens portals through which readers are invited to step outside the finitude of time and body into a larger universal space of being and freedom. Here, the motherverse claims us as her children, calls to us in every line, come home.”
—Lauren K. Alleyne, author of Honeyfish and Difficult Fruit

“A Spell for Living is both indictment and exhortation, mourning and celebration, illuminating the routes to living and loving handed down by the ancestral powers. Keisha-Gaye Anderson offers us transcendental and luminous poetry in cadences as compelling as heartbeats. A book to keep and read over and over again.”
—Olive Senior, author of Gardening in the Tropics

“A Spell for Living is a powerful, breathtaking incantation, waking us up from the slumber of assenting to what many believe is reality—the destruction of our true potential by the culture. In a mythical voice that inserts itself between the world and the reader, the poems invite us to re-imagine the possibilities of our magic. We need these ‘spell poems’ like we need water and air!”
—Michelle Yasmine Valladares, author of Nortada, The North Wind, and the Poetry Festival of NY’s Poet of the Year

“This set of poems, as if made inside the eye of a hurricane (slave-dragged, gong-tormented shoals) are like polished lenses—that show us musical treasure-zones in the weird world.”
—Fanny Howe 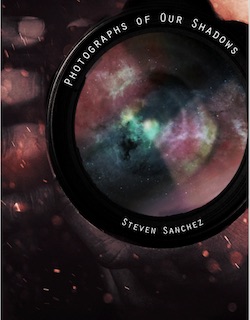 “Steven Sanchez’s Photographs of Our Shadows is a moving exploration of queerness, brownness, family, and self-determination. Here, a young man learns from a bully what it means to be ‘a dark spot in the middle of the sun’; from a father, how ancestors become ‘scabs on your skin’; and from the Pulse Nightclub shootings, how ‘the truth /will hurt /will kill /will leave /an echo.’ Yet he also learns from a grandmother ‘how to tell the difference /between the pretérito and imperfecto, /between cantó and cantaba’; from a deaf lover ‘how the body speaks /without a voice’; and from himself how ‘there are several /ways to pray.’ This is poetry that lives, bleeds, struggles, and loves.”
—Charlie Bondhus, author of All the Heat We Could Carry

“In Photographs of Our Shadows, Steven Sanchez offers us more than just a look through his photo album. These poems are the honest and intimate histories of his snapshots. From Ancient Greece to the Pulse Nightclub, from the bar where he tried to touch his lover’s hand to the chicken coops from which his father was chased, Sanchez takes us where few poets dare: behind the skin, past the words of our craft, and deep into the heart. Race, sexuality, and faith come together with a visceral lyricism in these poems that dissect and then reconstruct the concept of family. ‘When two people worship,’ Sanchez writes, ‘you create a church/ no matter where you are.’ I, for one, am grateful to Steven Sanchez, for the chance to worship in the churches he’s built with these poems.”
—Anthony Frame, author of A Generation of Insomniacs

“Poet Herman Beavers is a master storyteller whose voices are gut-real. The cadence of his lines and breaks rhythm the era of the speak-easy speakers, South blown up North on a saxophone, twanged on a tender guitar. He conjures a sportin’ life and a woman waiting. You enter this world and want to stay, eavesdrop quietly so you don’t disturb. You won’t know whether to dance or cry but somebody will say something you want to remember:

It won’t do nothing / but kill you / and you be mad rest / your natural-born life.

Images here, reminiscence and forecast like bass and tenor, rival language in a battle-royal:

must be these /
shoes talking in tongues

It’s so hot, sin rests closer / to the ground than prayer.

not like momma, / with her head rags, dingy white shirts rolled /
up to the elbows, always complaining / of the cold

This book is black and blues and beauty, its songs a chokesob.

It will make you heart-broke.

If you ain’t black you’ll wish you could.” 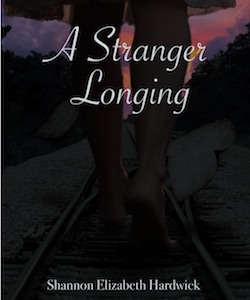 “‘I just don’t feel like I’m writing poetry,’ says the speaker in the opening piece of A Stranger Longing. Her mentor replies, ‘Lucky you.’ Yes, lucky her—and lucky us, the readers who get to experience Shannon Hardwick’s gorgeous meanderings among the profane and the sacred. Sometimes, the speaker walks into a Starbucks for a coffee before going to the gym to ‘sweat the worry out.’ Other times, she feels ‘a love-for-all-things snaked from its dark, shaken at the site of sunlight.’ I don’t know if these are poems or essays, writings about God or writings about Patrick Swayze and riding the subway, and that’s what I love about this book: it subverts simple categories. Like Eleni Sikelianos and Claudia Rankine, Hardwick’s work bursts open at the intersection of memoir and memory, diary and lyric.”
—Claudia Cortese, author of Wasp Queen 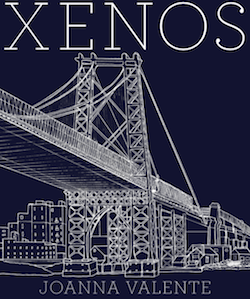 “‘The “stranger’ in Joanna Valente’s Xenos writes herself into being, sifting through the detritus of a life that spans Maine, Brooklyn, and a boat to Greece. These are poems of sisterhood, motherhood, self-preservation, desire. In verse as dangerous and illuminating as berry-stained lips under a clear Aegean moon, Xenos reminds us that we are at once self and not-self, invention and memory, family and exile.”
—Sophia Starmack, author of The Wild Rabbit

“Joanna Valente’s Xenos is an immigrant narrative, but it’s not simply about the transition from one country to another, one homeland to the next—it’s the narrative of the heart that finds estrangement wherever it goes, the body that does and does not recognize itself, and the way family disinherits us even as it claims us. In these poems, we meet the strangers who we know all too well, and the loved ones who remain forever inexplicable, and we, too, are them.”
—Gregory Crosby, Author of Spooky Action at a Distance

“Joanna C. Valente is a gifted storyteller, crafting a deeply humanizing and expressive narrative within the pages of Xenos. To read this collection is to travel back in time, to be reminded that even then there were fires, even then so many of us were burning. Unifying and spirited, readers will find themselves returning to these poems over and over again.”
—Azia DuPont, editor of Dirty Chai Magazine 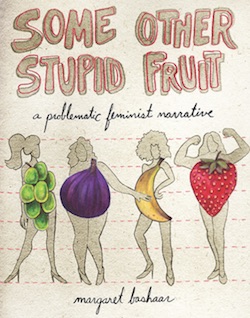 “‘I know / there is violence in all of us,’ these ‘problematic feminist’ poems assert. This work reminds us that what is truly problematic is poetry devoid of awareness of complexity and complicity, and feminism without nuance. Some Other Stupid Fruit lays bare the strangeness, the rot, and the inherent hypocrisies of our gendered identities, and refuses to put a cherry on top.”
—Arielle Greenberg

“Musings on maneuvering through the rapey ol’ patriarchy, Margaret Bashaar’s newest chapbook hits the ground in heels kicking for the artery. In case you haven’t been listening to her poetry thus far, Some Other Stupid Fruit all but grabs your stupid face and wills its words to crack your orbital bones and release the gooey insides of your eyes. Honest, brutal observations in rapid succession, enough to leave the reader concussed. The roar of a self-aware woman in today’s asshat weird world. Some Other Stupid Fruit is an airtight collection. Don’t be a jerk, read the book.”
—John Thomas Menesini, author of Gloom Hearts & Opioids 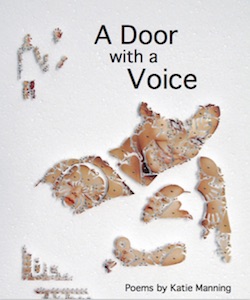 “I love this clipped voice—just the essentials—eclectic, irreverently reverent, or is it reverently irreverent—”
—Diane Glancy, author of Report to the Department of the Interior and over 40 books of poetry, fiction, non-fiction, and plays

“Scholars and theologians have been discussing the function and power of Biblical language for much of the last hundred years. Some have called for a de-mythologizing of how we understand Scripture, so that the original power and glory of the language of God can be experienced, renewing our awe and wonder. During this time, it has fallen to poets to try to craft this new language, to de-mytholgize texts with thousands of years of dogma and interpretation behind them. Into that fray wades Katie Manning. With clever excisions and deft lineation, Manning reinvigorates our understanding, our sense of what might be happening in those passages we know can’t be as simple as we hear every Sunday. From ‘The Book of Verbs’: ‘listen / my womb // do not spend your strength / on kings // it is not for kings // crave / and / let / be.’ Breathing new life into Scriptural language, finding the poetry within, is no easy task. Manning shows us a way, a vast, gorgeous poetry within those words we think we know.”
—Thom Caraway, editor of Rock & Sling 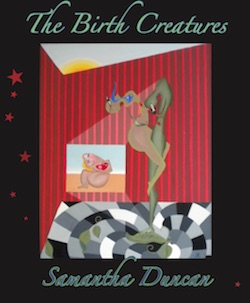 “Something fantastic mixed with the plundering lowing of pregnancy and early motherhood is present here. We have the surprise mixed with trim rhyme: ‘I’m pulled into the rhino / nestled in its crib of ribs’ and we think of this grotesque comfort, the body as push and pull and grasping. So much is about consumption and aggressively so: the moon is devoured and ‘a peat bog / where the kitchen table was’ becomes the murky counterpoint. This is a geography that lurks, that is an extra self within the realm that is the deep loneliness of early motherhood. I too felt consumed while reading this chapbook, but in the best, most delicious way.”
—Molly Sutton Kiefer, author of Nestuary, Tinderbox Editions EIC

“How a woman’s body turns alien, fantastical, so foreign to herself when she grows a child—’under the crust I am cherry pie.’ Samantha Duncan’s powerful chapbook-length poem The Birth Creatures traces a 37-weeks-pregnant woman’s struggle to accept what this birth will mean: ‘I’m an afterthought to be studied/ my insides sighing/ against the hunger for/ more of me it you.’ Besides the innumerable bodily changes (what Duncan calls a ‘revolution’), in the house where the woman waits for labor, a cypress tree roots under the crib, a rhinoceros appears where the bouncer was to go, bird bones appear in the bathroom. The Birth Creatures is in one way true to the tradition of magical realism, but also unapologetically peeks at the undersides (those secret, sad feelings) of what it means to become a mother: ‘a journey a century/ transforms insides/ into leftovers/ the waste the time// the assimilation of you/ into me.’ Yet also, the joy: ‘we are doing/ we are real.'”
—Nicole Rollender, author of Louder Than Everything You Love 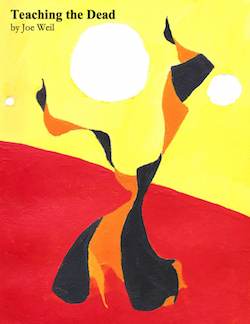 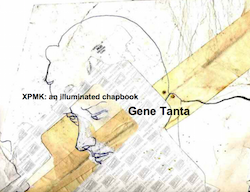 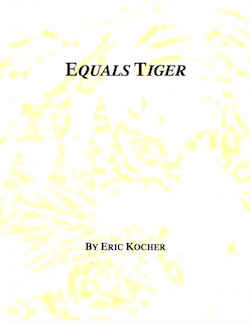